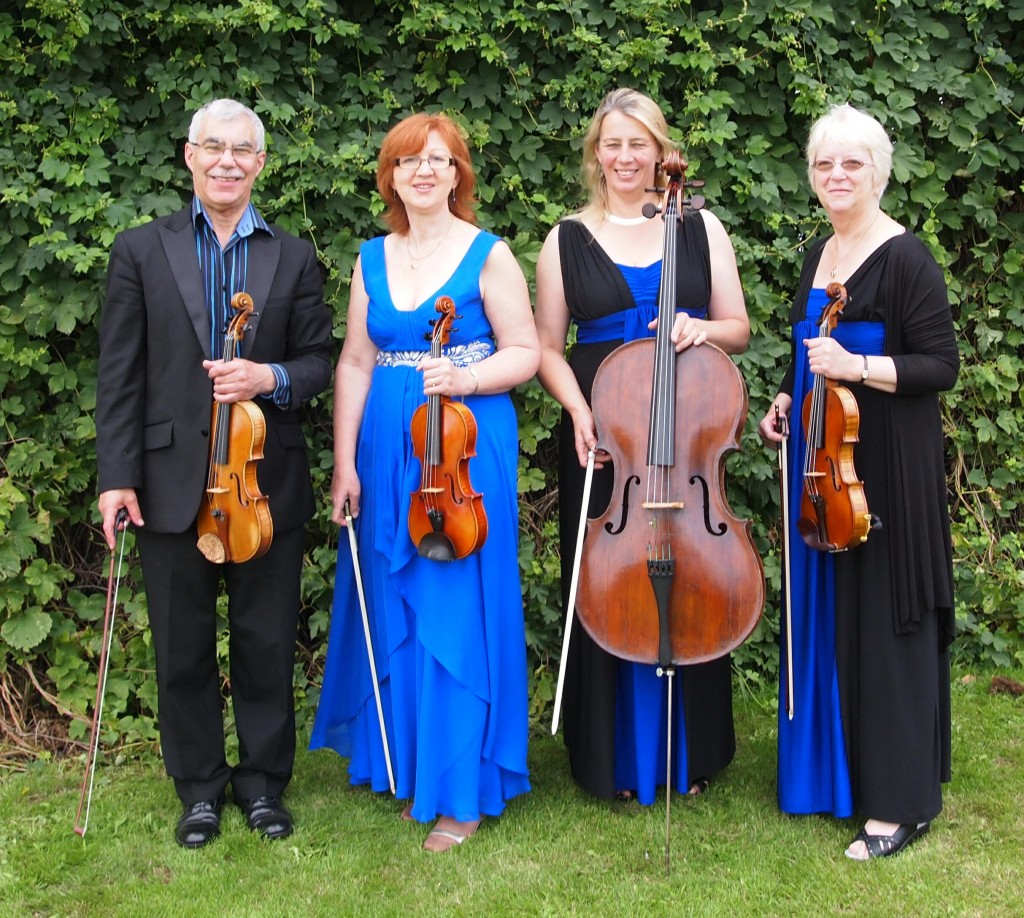 Scherzando was originally formed on the Isle of Man where Sue and William met whilst playing with the Isle of Man Symphony Orchestra. They now play as a violin Duo giving recitals and playing for events throughout the county and beyond. In 2011 they were joined by the cellist Andrew Hughes to form the Scherzando String Trio and in 2012 they formed the Scherzando String Quartet with violinist/violist Paula Radford and the cellist Lilian Kelly.

In 2013 the Scherzando String Ensemble gave its first concert in St Mary’s Church Shrewsbury playing a progemamme that included the Bach Concerto for 2 violins and English music by Elgar, Britten and Warlock. They are conducted by Maurice Powell, horn player, musicologist and conductor of the Isle of Man Symphony Orchestra.